This entry will mark our final post of the 2012 season;

It has been quite the year Mark and I have had. We both experienced ups and downs. However, for the most part our season saw more ups than anything. We saw some national medals both indoors and outdoors, we were both graced with the opportunity of representing our country in our very own city, we traveled Europe...and we had a few personal best's along the way. As we sit back and reflect upon our past 2012 season we begin plotting our assault on the 2013 season. Chen's short term goals remain on getting healthy and back into full training mode. He has had some good news of late, and all things are pointing to a speedier recovery than originally estimated. See, it pays to have a 3rd, 4th, and 5th opinion sometimes! Here is a picture of Chens reward for all his hard work into getting expert opinions and monotonous rehabbing. Enjoy Vic! 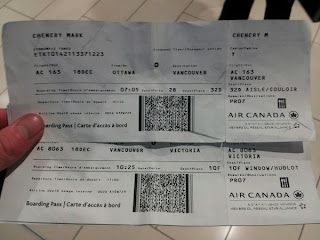 The 2013 indoor season is already upon us. I (Pat) just recently competed in my first meet of the season. I don’t expect much from indoors, as it is never a focus. My indoors serves more as a test of fitness and a reminder of what competition feels like. That being said, I had a solid competition at the Louis-Riel super Saturday series. I set a new dome record in the shot put with a throw of 14.67m (Seen below, video analysis!)
I also set a new personal best on my way to winning the hurdles with a time of 8.48 which eclipsed my oldest outstanding personal best of 8.51. Here is a blurry and a cut off video of the race this past weekend >
http://www.runnerspace.com/eprofile.php?event_id=5274&do=videos&video_id=78177.
I have been working a lot on trying to fix my running technique as of late. Always more work ahead, but it is nice to see some results for the countless hours being put into the project. I also competed in some Pole Vault. I opened at 4.16m and this proved to be my only height, I will continue to jump from a short approach runway for the next month or so.

Indoors is heating up! But, we are already planning our spring time openers in Arizona. This time of year has provided Chen and I with a lot to think of in terms of goals and Decathlon opportunities. Just to be clear, there are 4 major competitions which we hope to each make. This list of international events include FISU (Russia), Francophone (South of France), Pan-Am Cup (being held in Ottawa again), and the AV Clytoneus meet (Holland).

Before we sign off, Chen and I would like to acknowledge the retirement of one of our greatest competitors in the sport of Decathlon. This week Jamie Adjetey-Nelson announced his retirement from the Decathlon (nice article about Jamie here>) http://blogs.windsorstar.com/2012/12/18/windsor-decathlete-adjetey-nelson-retires/. Jamie has one national titles, set one of the best scores in the history of Canada, and won Commonwealth just to name a few of his accomplishments. You never competed against Jamie as an athlete, you were always with him. It was an honour to have had the privaledge to compete with a man who was chearing you on the entire way. Chen and I both have memories of Jamie, one of which is his pre-1500m song he once oh so lovely serenaded us with at nationals. You cant ever help finding yourself wanting him to be the best he could at every run, jump and throw he attempted. Best of luck to a legend in the sport in his next chapter of life. If you live half as good as you competed your going to be just fine :)

We end our last blog of the 2012 season by wishing everyone a Merry Christmas, and Happy New Year. Safe travels home for all, and to all a good night.