Hi all! I'm Pat. Born and raised in the nation’s capital. Growing up I played AAA Hockey just like all good Canadian boys in the winter. In the summer I brought my size to the soccer field. The highlight of elementary school was always the "Olympic Games"; our schools day long track and field event. I learned early on that I could throw things farther than the average kid. I started throwing the 800g spear in grade 9 after being influenced by my Dad's history with Javelin. Throughout high school I also played volley-ball and badminton but looked forward to track meets the most. 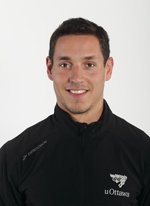 In 2005 I joined the Ottawa Lions and started throwing competitively. I was always encouraged to do the decathlon. My fear of the 1500m always lead to an abrupt end to those conversations with my identity as a thrower intact. In 2006, I met James Holder, a Canadian decathlon champion. I still insisted “I will never do the decathlon”…but by 2009 I was his full time athlete, training for the decathlon. Never say never! It turns out decathlon is a good fit for me: I have a short attention span, so this way as my attention dwindles I move onto the next event. 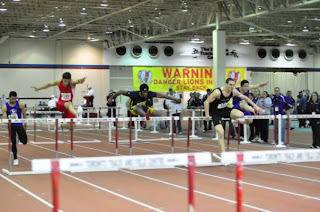 Since 2009 I have yet to look back.  Our humble single person training group has grown into quite the combined events training ensemble, a small army if you will. I love the decathlon; it’s a physical challenge, mental test, and “gut check”. If you can complete one, you come out the other end a better man. The brotherhood of fellow competitors truly is unmatched in sport. We push our athletic abilities every day we train, raising the bar both figuratively and literally. 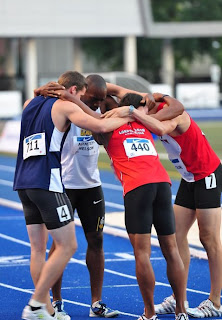 Email ThisBlogThis!Share to TwitterShare to FacebookShare to Pinterest
Labels: bio